The computer program Stabilized Slope Analysis using Piles (SSAP)is a design tool by which the designer/researcher can select an economic pile size to stabilize slopes. In addition to the external lateral loads applied at the pile head, the program determines the mobilized driving force caused by sliding mass of soil that needs to be transferred via installed piles to stable soil layers below the slip surface. The side and front interaction between piles and sliding mass of soil are one of the main features of the current project. The work presented evaluates the appropriate pile spacing between the piles in the pile row (wall).

The CGI-SSAP program has the following advantages:

The CGI-SSAP computer program provides very flexible graphic-user interface that facilitates entering the input data and the analysis/plot of the output results. 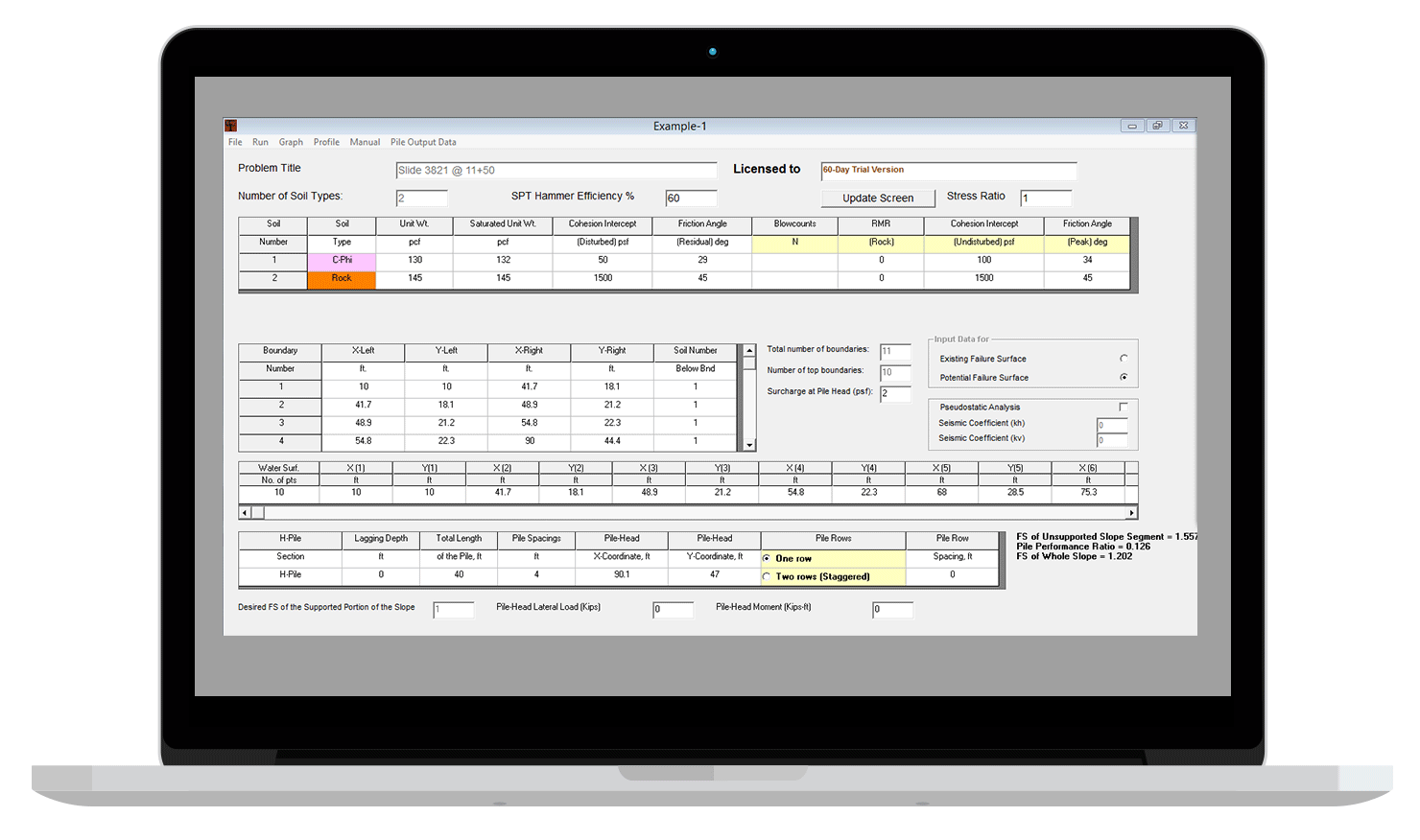 The characterization of lateral load induced by slipping mass of soils can be accomplished using the modified SW model technique. The SW model for laterally loaded pile behavior is a new predictive method that relates the stress-strain behavior of soil in the developing three-dimensional passive wedge in front of the pile (denoted as the strain wedge) under lateral load to the one-dimensional beam-on-elastic foundation parameters.

The CGI-SSAP computer program has the following capabilities and features:

CGI-SSAP 1.0
for individual machines
with a protection dongle

CGI-SSAP 1.0 – 1000$
You will be-able to purchase extra licenses during checkout. 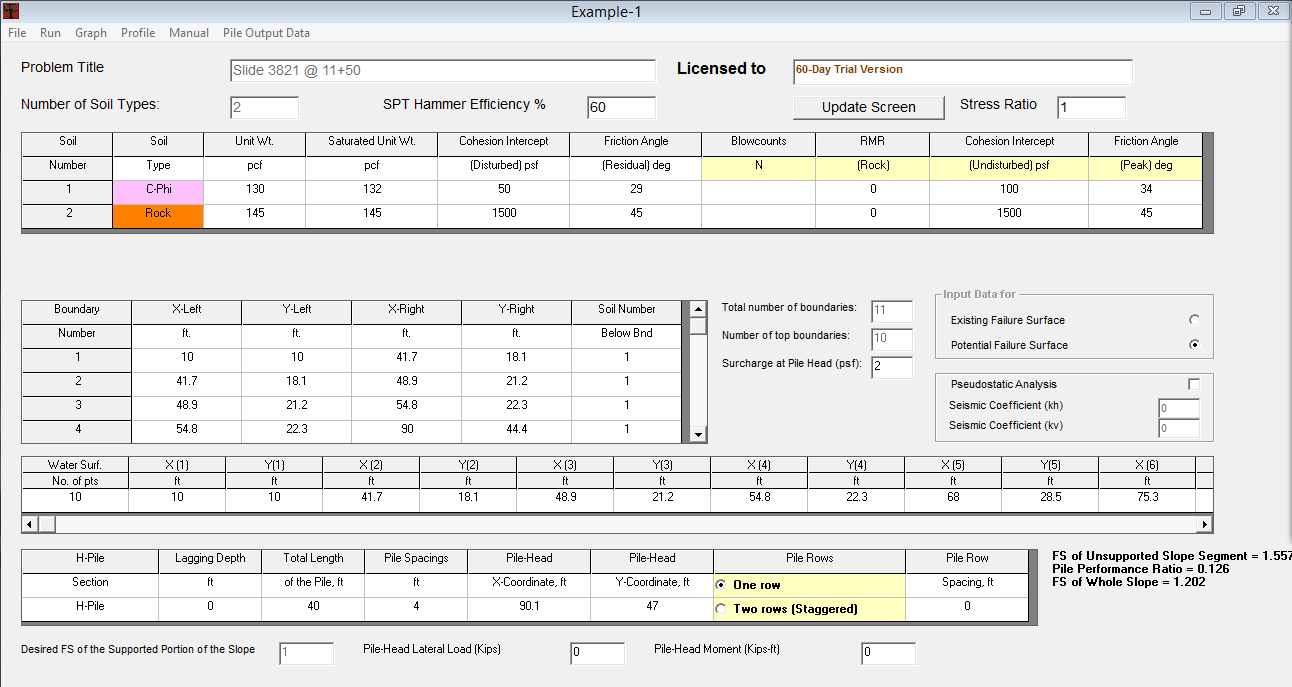 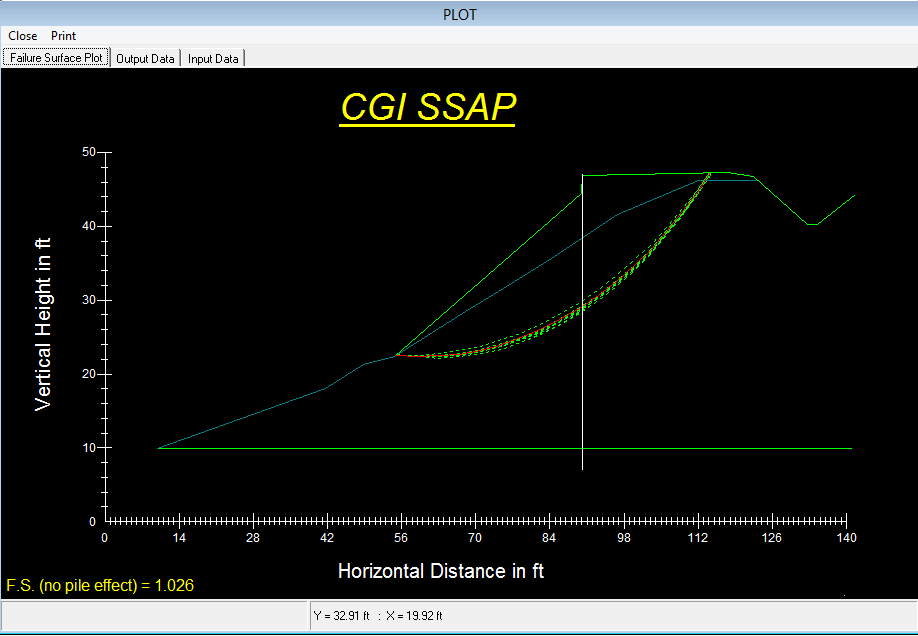 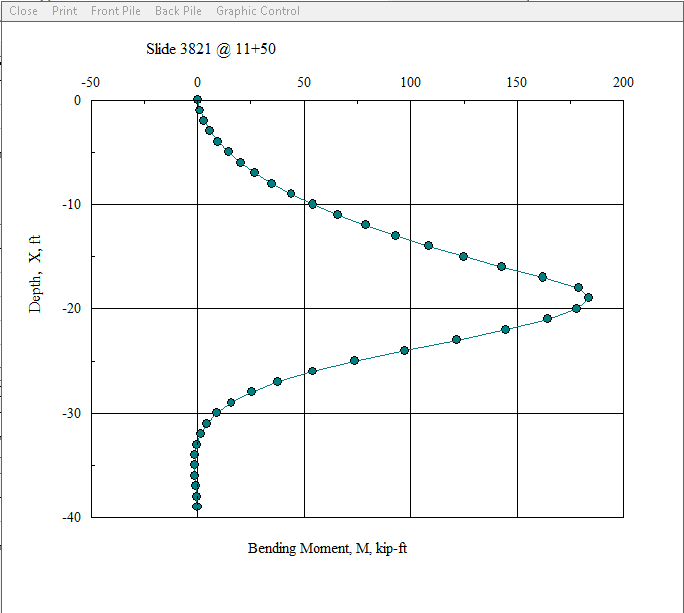 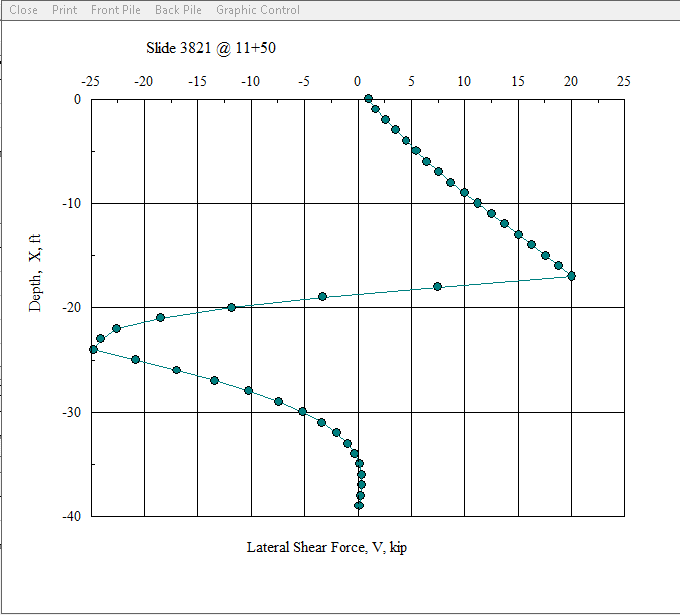 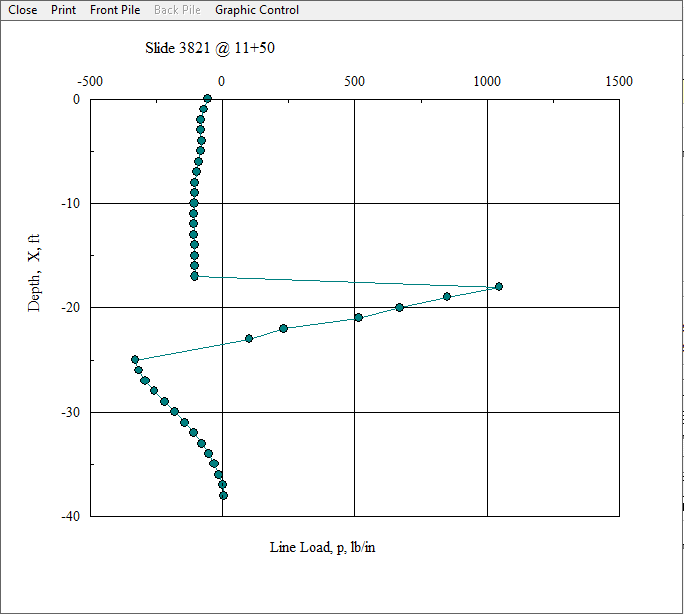